The Editor-in-Chief, Ozoemene Ndubuisi OBUEKWE a Professor of Oral and Maxillofacial Surgery, in the
School of Dentistry, University of Benin, Benin-City presented his inaugural lecture titled 'Navigating the
Maxillofacial Wilderness: A surgeon's Journey' on Thursday the 22nd day of June 2017 in the Akin Deko (Main)
auditorium of the University.
Professor Ozoemene Ndubuisi OBUEKWE was born in Lagos on the 19th of May, 1964. He attended Santa
Maria Primary School, Aba (1971 â€“ 1976) and thereafter College of the Immaculate Conception (C. I. C) Enugu
(1976 â€“ 1981) where he obtained the West African School Certificate. He gained admission into the
University of Benin to study Dentistry and obtained the BDS in 1987. He had his internship at the University
of Benin Teaching Hospital (UBTH), Benin City (1987 - 1988) and then proceeded to Maiduguri, Borno State
for the National Youth Service (1988 â€“ 1990). 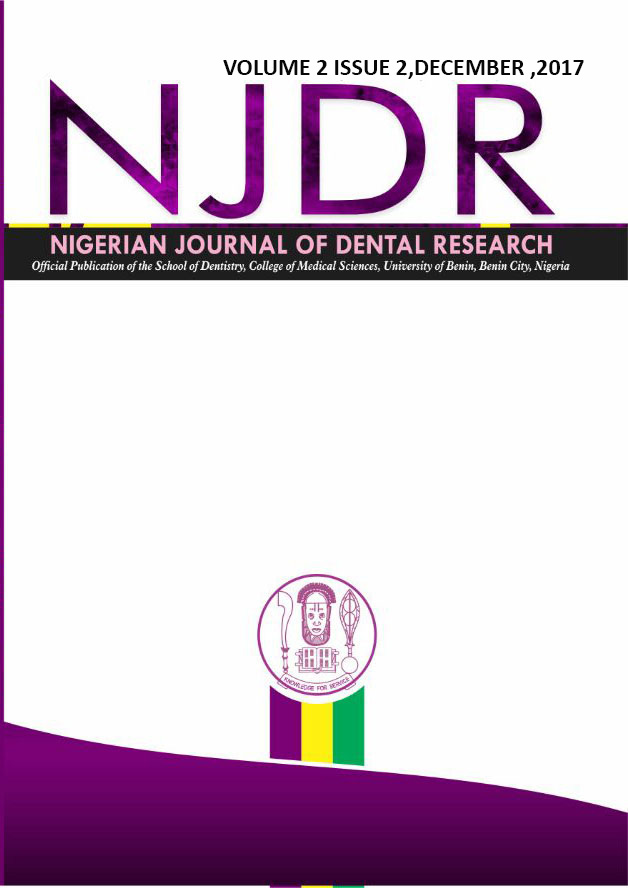