Objective: Midline diastema is a normal occurrence in the development of the human dentition, occurring
usually during the mixed dentition stage, and is expected to close up afterwards. However, for several
reasons including heredity and ethnicity, the space may persist. The choice to intervene, is largely
dependent on personal preference. The objective of this study was to determine the prevalence and
perception of midline diastema among students of Institute of Health Information Management, University
of Benin Teaching Hospital (UBTH), Benin City, Edo State, Nigeria
Methods: A total of 100 Nigerian students of the Institute of Health Information Management, UBTH, Benin
City were enrolled in this study, 16(16%) males and 84(84%). An eleven item self-administered
questionnaire which assessed demography, the presence, perception of diastema and preference for
diastema was the data collection tool.
Results: The study population had 28% prevalence of the midline diastema, with a higher incidence in
females (85.7%). Most cases in this study were recorded in the maxillary arch (82.2%). More than half (51%)
of the study population perceived it as a sign of beauty. A significant percentage (46.4%) of those with
midline diastema in this study, reported having positive family history of parents with midline diastema.
Conclusion: Based on this study, midline diastema is regarded as a sign of beauty by most people, and
heredity is an important factor in the occurrence of midline diastema. Patient's opinion is important in the
management of midline diastema.
Keywords: Midline, diastema, prevalence, perception, Nigeria 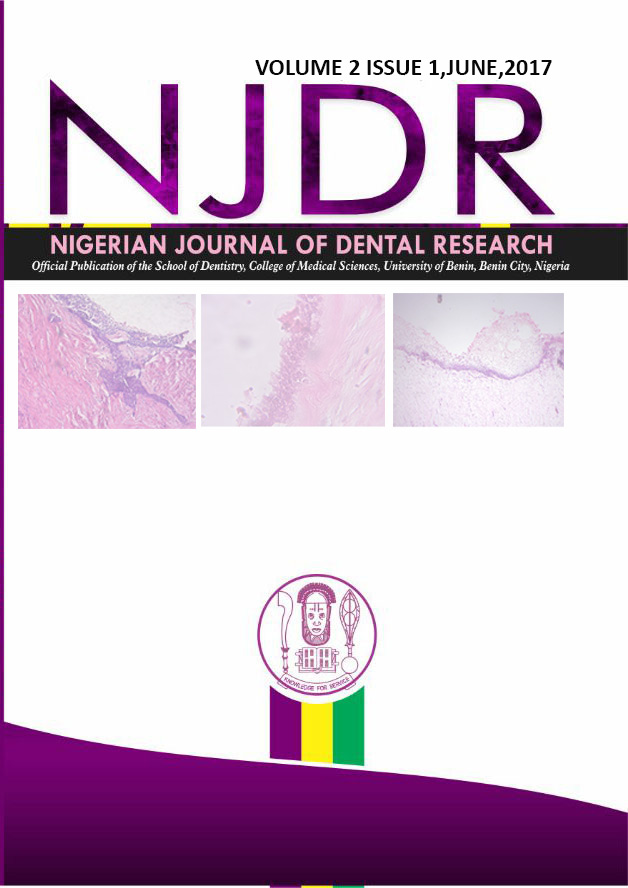