Detection of Six Periodontopathogens in the Subgingival Plaque of Patients with Chronic Periodontitis in Lagos, Nigeria

Objective: This study was aimed at evaluating the occurrence of six periodontal pathogens in the subgingival plaque of patients with chronic periodontitis in Nigeria.

Methods: Forty-two subjects with chronic periodontitis participated in the cross-sectional study between June, 2015 and August, 2016. Subgingival plaque samples from one site of ?3mm depth (gingivitis) and another site with the greatest depth of ?4mm (periodontitis) respectively were collected from each subject. Culture and PCR assay using 16S rRNA species-specific primers, were performed. Fisher’s exact test was used for statistical analysis. 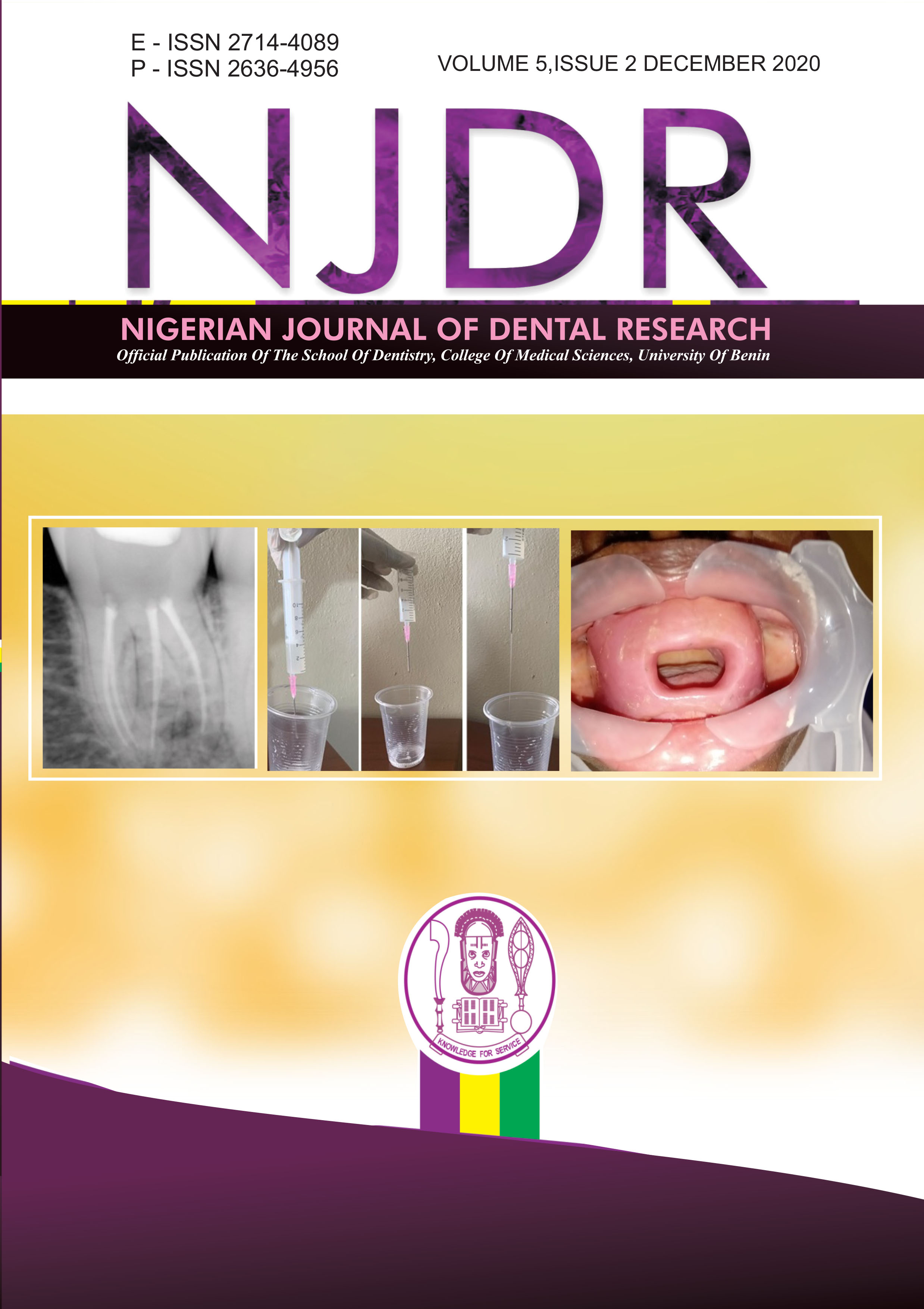