Objective: To assess dental habits and factor associated occlusal traits among 2-5years old children in Benin
City, Edo State.
Methods: A cross sectional study was carried out amongst 352 respondents using systematic sampling
technique for selection. Pre-tested interviewer administered questionnaires were used for data collection.
Data was analyzed with IBM SPSS version 21.0 software. The association between socio-demographic
variables and dental Habit amongst respondents was analyzed using chi squared test and Fisher's exact test
where applicable. The level of significant was set at p < 0.05.
Results: The prevalence of Dental habit in the study was found to be 71.0%. Digit sucking was the most
prevalent dental Habit in the study 36.0%. The highest proportion of tongue thrusting was found among 3-
4years age group while bruxism was higher among 2years old. More than Half the respondents 54.0%
believed anxiety to be a predisposing factor to dental habit. Spacing was observed to be prevalent as occlusal
trait among respondents 51.7%.
Conclusion: The study revealed an overall prevalence of dental habits of 71.0% with higher prevalence of
finger sucking, bruxism and lip sucking among males while mouth breathing, tongue thrusting and use of
pacifiers was found to be higher among females. The study revealed common predisposing factor to
development of dental habit to be stress, anxiety, imitation of habits, loneliness, abandonment. The study
revealed a high prevalence of spacing and open bite during the intraoral assessment 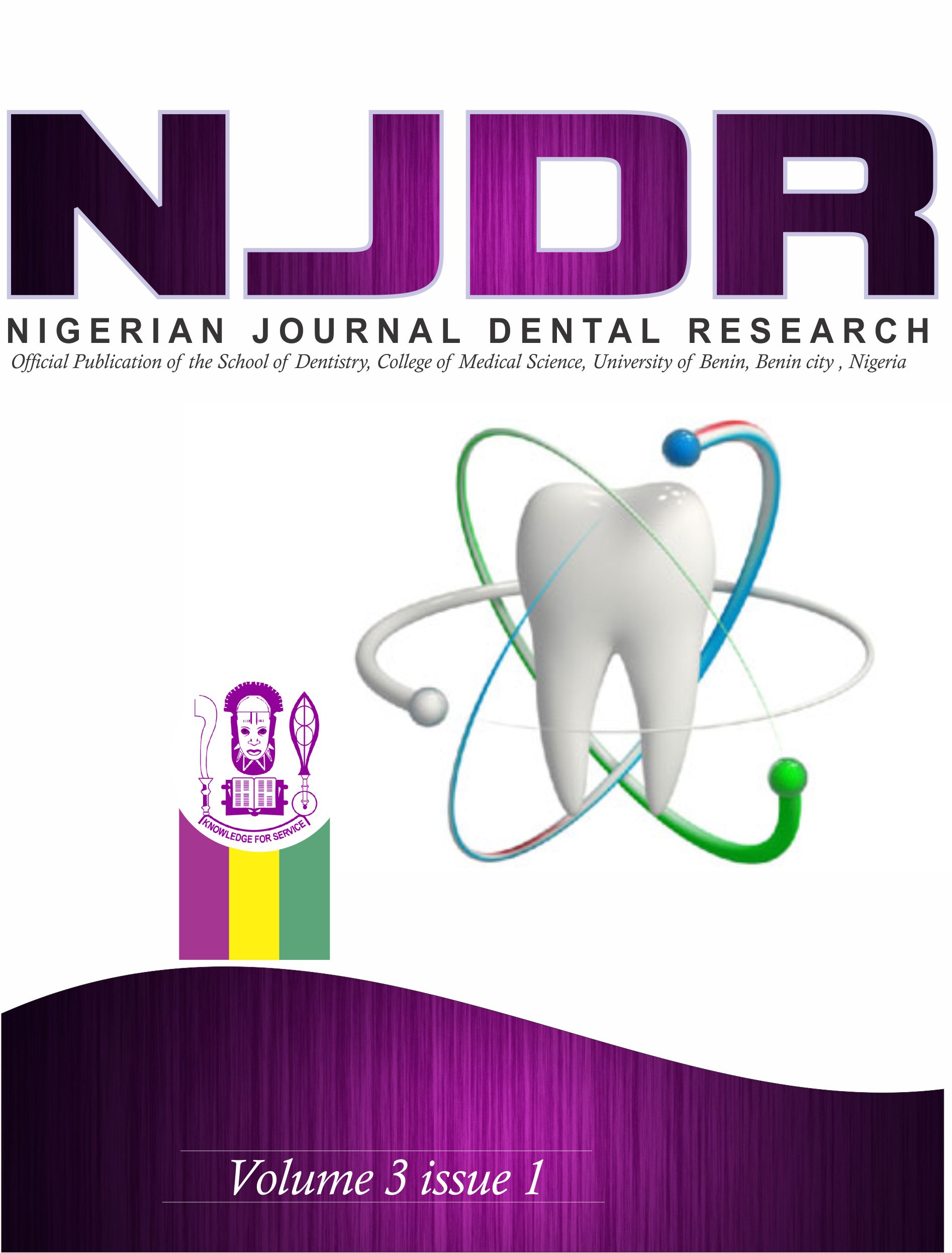